Some people jump at the chance to participate in a White Elephant, Secret Santa, or similar Christmas gift exchange. But others? They’d rather pass.

Pass the gift, that is.

Gift passing games can take a lot of different forms, but the most familiar one involves a colorful Christmas-themed story or poem. These types of games are quick, low-pressure, and ideal for large groups. And if you’re the one running the show, the best news of all is that they’re dead-simple to set up.

How a Left-Right Christmas Game Works

As with other gift exchanges, each participant brings a wrapped gift of a value determined by the organizer ($10 or $20 is typical). The game begins with people sitting in a circle holding their own gifts. Then someone reads a poem or story with many occurrences of the words “left” and “right.” Participants follow these verbal cues, passing gifts to their left or right until the story ends and each person keeps the gift they’re holding.

The only “trick” here is to make sure gifts don’t wind up back in the hands of the people who brought them. To prevent this, you might want to count the number of lefts and rights in your story to figure where the gifts are going to wind up, based on how many people are in the circle. If you’re not sure how many players you will have, you can always reserve an optional line of the story in case the gifts find their way back home. For example: “And with that, there’s nothing LEFT but to open the gift you’re holding.”

The only criteria for a left-right (or, if you prefer, right-left) Christmas story is that it contain lots of gift-passing cues. Of course, there are bonus points for stories that keep people amused while they pass their gifts. Here’s one example of a left-right story you can use for your party (click here for a print-friendly PDF version):

Once upon a time, there was a lawyer named Bob RIGHT. His son’s name was Bill RIGHT, and together, father and son started their own law firm named RIGHT, RIGHT, & Associates.

But the biggest target of all was still LEFT – Santa Claus. He, too, would be LEFT penniless… if everything went RIGHT.

The father and son team found just the RIGHT client in an 8-year-old girl named (appropriately enough) Sue. Little Sue was upset that Santa had LEFT coal in her stocking last Christmas. RIGHT, RIGHT, & Associates argued that their client had been put on the naughty list without cause. They presented lots of evidence that the girl did everything RIGHT the previous year.

The only thing LEFT was for Santa to testify. Jingling all the way, he marched RIGHT up to the witness stand, raised his RIGHT hand, and swore to tell the truth. Santa said that while it might appear that little Sue had done everything RIGHT, there was one thing she did that LEFT him no choice but to put the girl on the naughty list.

“We LEFT no stone unturned in our investigation!” said Bill RIGHT.

All this courtroom drama LEFT Sue shaking with excitement. “All RIGHT, I confess! On Christmas Eve, I got up in the middle of the night and ate the cookies that were LEFT for Santa! I didn’t think there was enough time LEFT to be put on the naughty list!”

Santa responded RIGHT away: “Ho ho ho! Little Sue, I keep the naughty list in my LEFT pocket at all times so I can make revisions on the fly!”

And with that, the law firm of RIGHT, RIGHT, & Associates was LEFT with no choice but to drop its frivolous lawsuit against Santa. And that year, neither Bob RIGHT nor Bill RIGHT was surprised to find that Santa had LEFT them coal in their stockings. But little Sue was shocked to wake up on Christmas morning to find that Santa had forgiven her for the frivolous lawsuit and LEFT her a nice, shiny present RIGHT under the Christmas tree.

“I’m glad Santa LEFT the naughty list in his LEFT pocket this time!” said Sue. “Now let’s see what he LEFT me!”

Of course, this is far from the only left-right Christmas story out there – I’ve linked to some other examples from the Resources page. If you have the time, you might even try making up your own story. That way, you can make it an inside joke about people and subjects that are well-known to the participants.

I hope this article has given you some ideas that are RIGHT for your next holiday gathering. Now there’s nothing LEFT for me to do but wish you luck, and a very Merry Christmas. 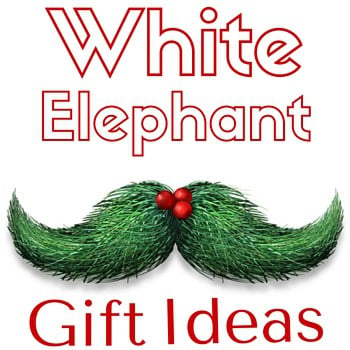